NOTE: Due to an internet issue, our previous post Welcome to Kailash published incorrectly! The version you received via email subscription or linked to via social media may not have been complete. Click the link above to head back and read the full post now that it’s been corrected! 😌

By our second morning in Kathmandu, the rest of our US companions had arrived safely in Nepal and were ready for some sightseeing. Thankfully our friends from Escape2Nepal had the perfect day planned! 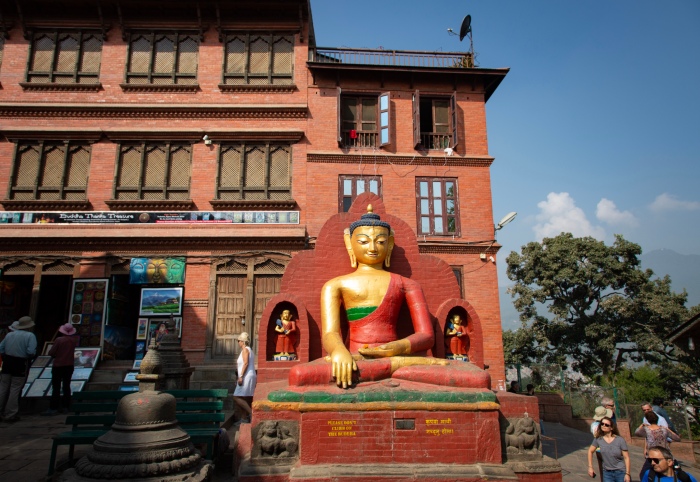 After battling Kathmandu traffic — it’s incredible how driving works here in Nepal as even the best roads in the capital resemble the most weather worn roads in the US, and there are no lane markings or traffic lights. To an unexperienced Westerner it seems a little like the Wild West, but everyone here knows the rules of the road, so there’s a surprising amount of order within the chaos 🤷🏻‍♀️ — for a bit, we arrived at the bottom of what’s known colloquially as “Monkey Temple.” 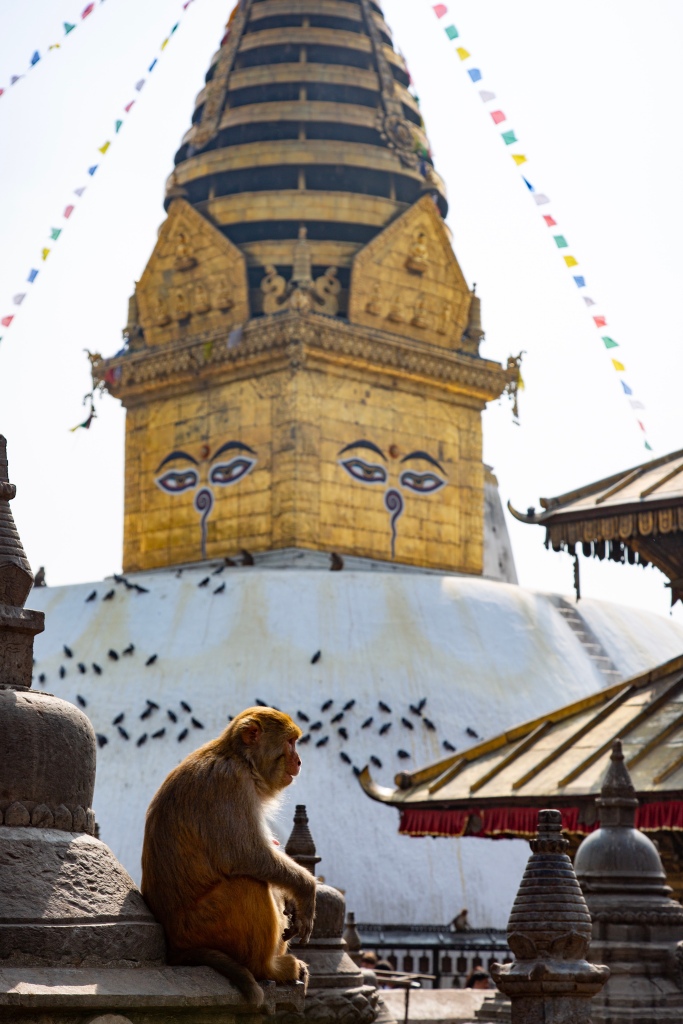 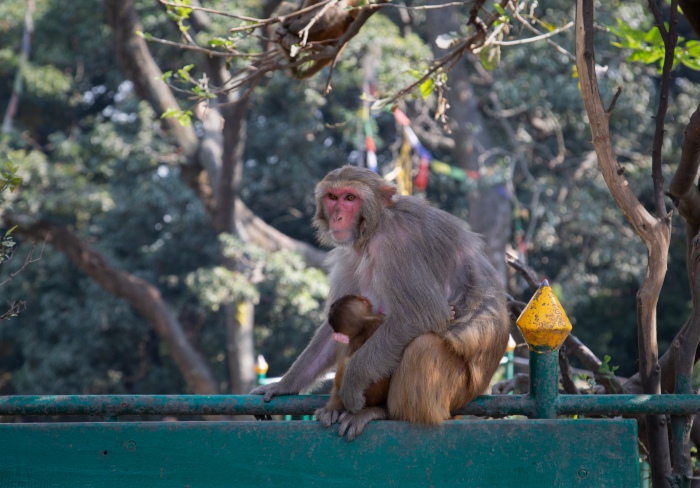 Swayambhunath stupa sits on a hill just Northwest of the city and dates back to as early as 430 A.D. It is one of the oldest and holiest Buddhist sites in Nepal, but is unique because one can also find Hindu temples and deities incorporated throughout the grounds. The name “Monkey Temple” is a bit newer (think 1970s) and probably evolved in part because Western tourists couldn’t pronounce Swayambhunath. 😂 It’s a popular tourist and pilgrim site and was fairly busy on the morning we visited. 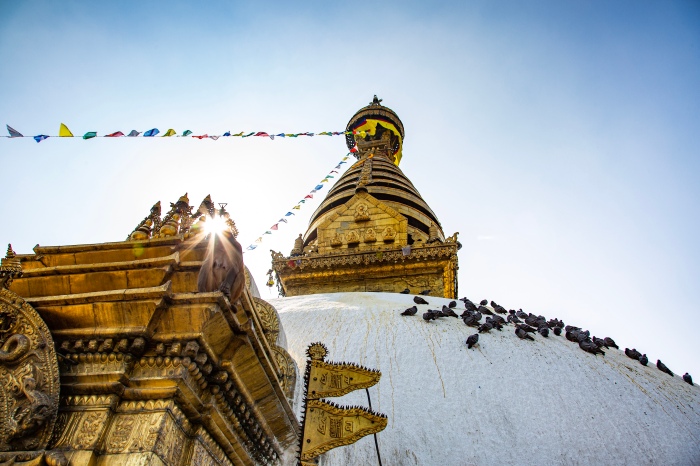 Visiting this stupa is a stellar way to get in your workout for the day since starting from the bottom you have to climb quite a few steep stone steps, but once you arrive at the top, the whole of Kathmandu valley fans out before you. Plus, you’re also met with beautiful views of the stupa and plenty of monkey antics. 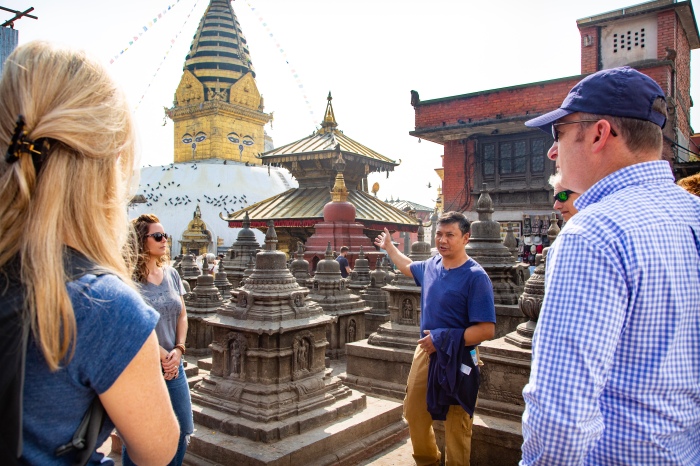 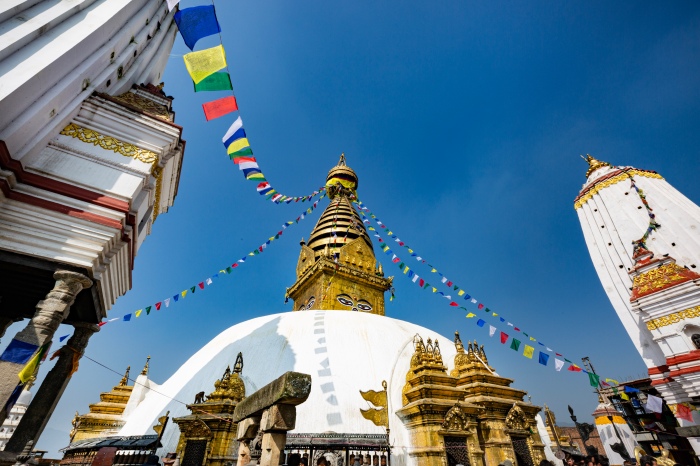 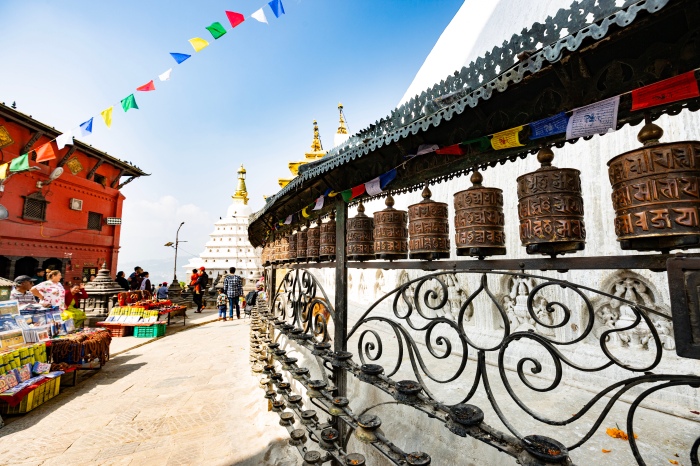 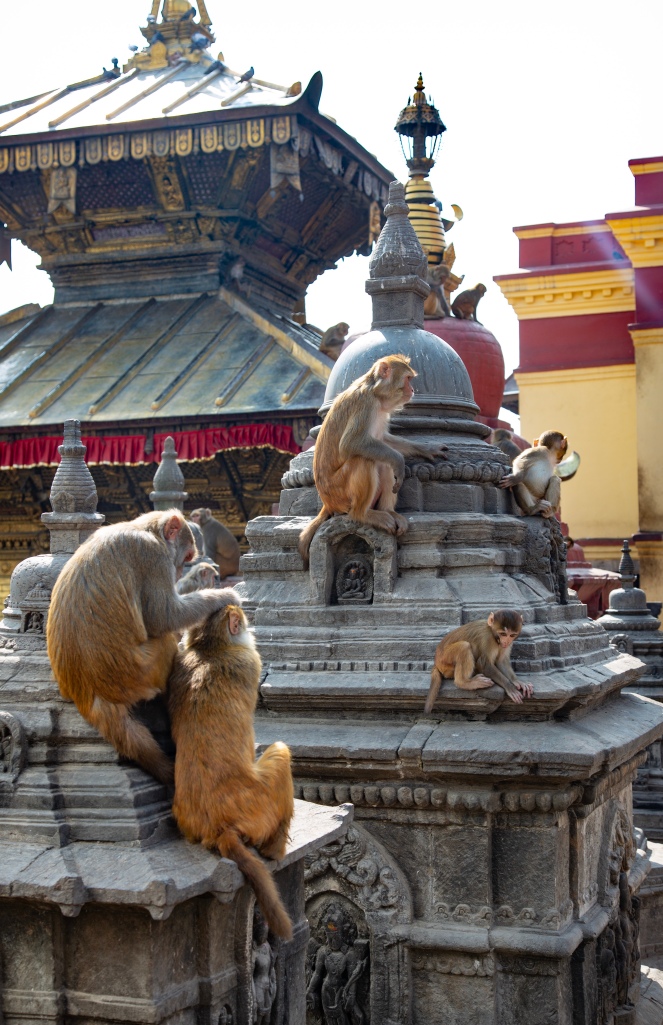 Our ProTip ➡️ visit earlier in the day when the monkeys are active, and don’t forget that while they may be cute and entertaining, these guys are totally wild and have no inhibitions. We saw them steal marigolds from the heads of a couple of visiting pilgrims, food from unmanned vendor stands, and even a package of photo paper from a local photographer. 🐒 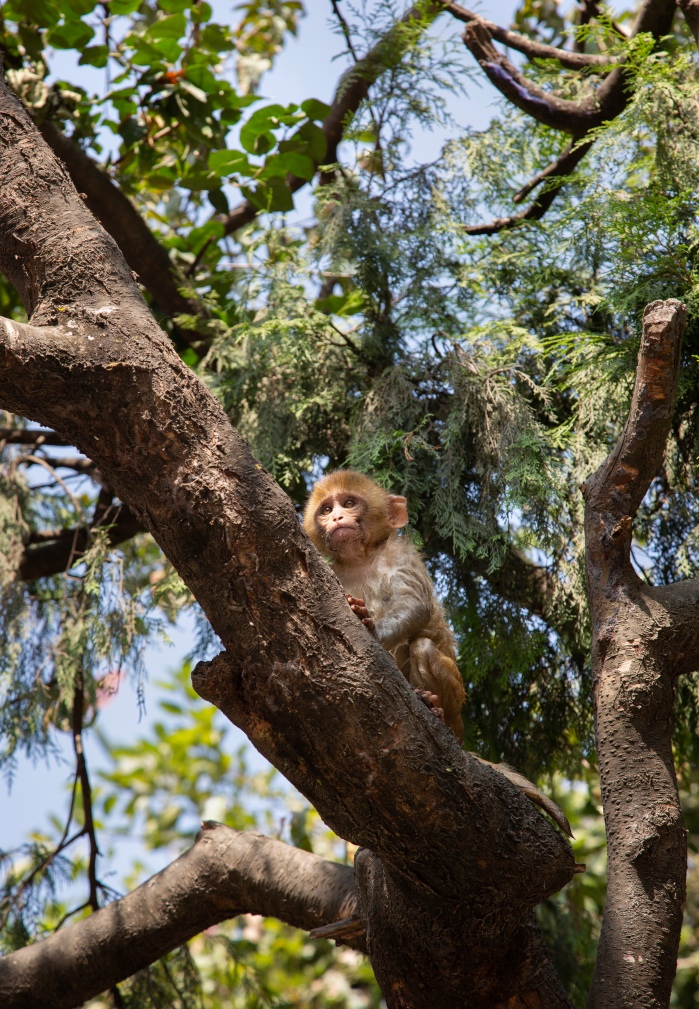 And of course don’t forget, you’ve got more steps in store to get back down! 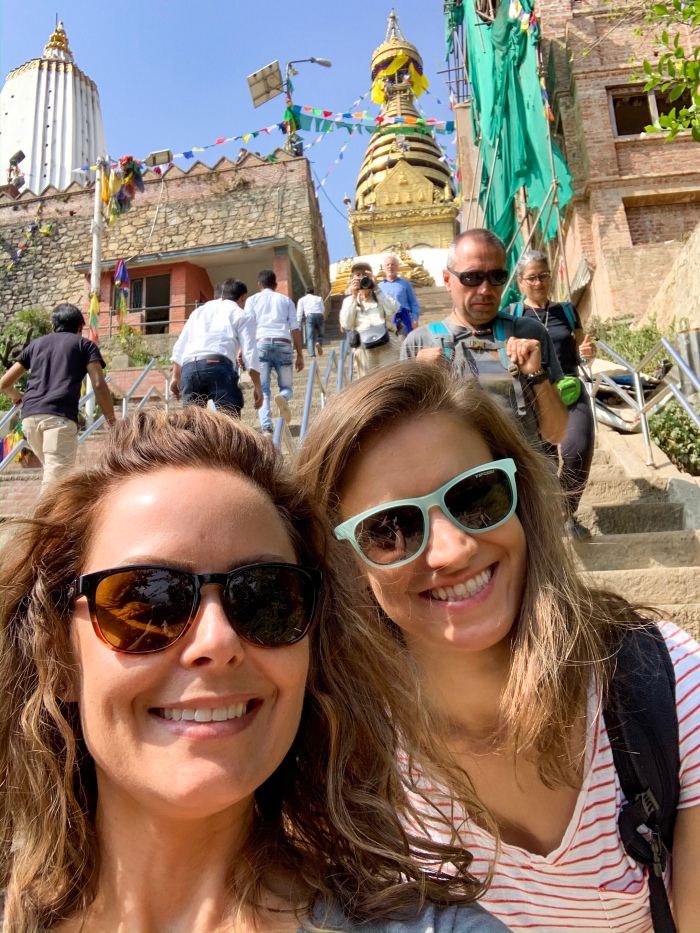 Our next stop of the morning was another Kathmandu must see, Durbar Square. Once the seat of ruling power in Nepal (the country had a king until as recently as 2008), Durbar Square showcases some of the best in ancient Nepalese architecture and design. Durbar means “palace” and many of the buildings in this quadrangle were used as royal residences or governing palaces at different points in history. 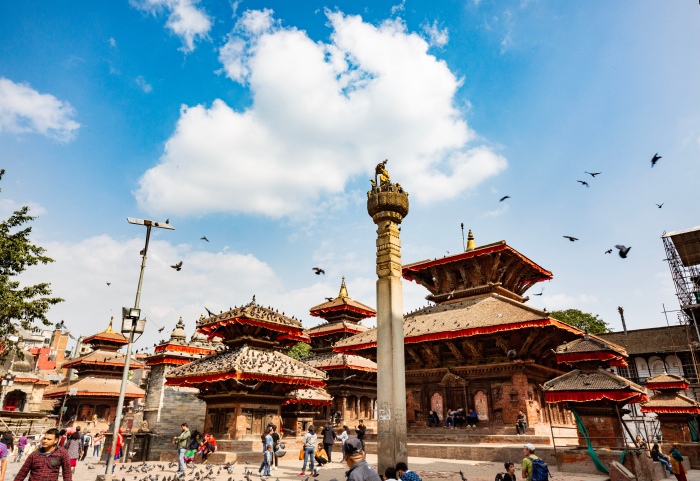 Unfortunately the 2015 earthquakes wrought major damage on many of the buildings here, so some of the temples and structures are still encased in scaffolding and propped up with weighty wooden beams. The government is technically committed to repairing these historic structures, but as our guides were quick to inform us, no one really knows if or when that will happen. Fingers crossed that the Visit Nepal 2020 campaign with grease some wheels, so this landmark can once again be fully enjoyed by visitors and locals alike. 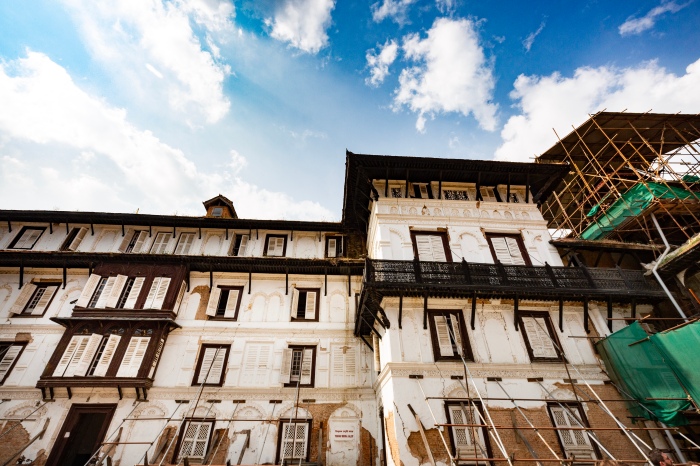 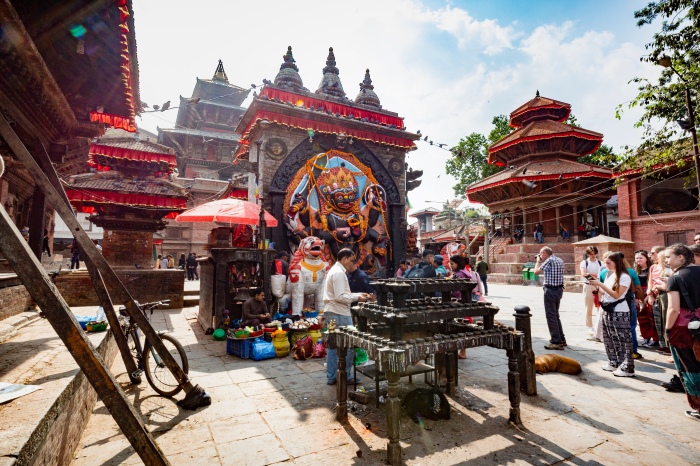 There’s so much history and information living in this one small block of real estate! It’s a UNESCO World Heritage site and history buffs could spend hours learning about each and every building. It’s also one of the best places in Kathmandu (along with the Boudhanath) for pigeon chasing. 😆 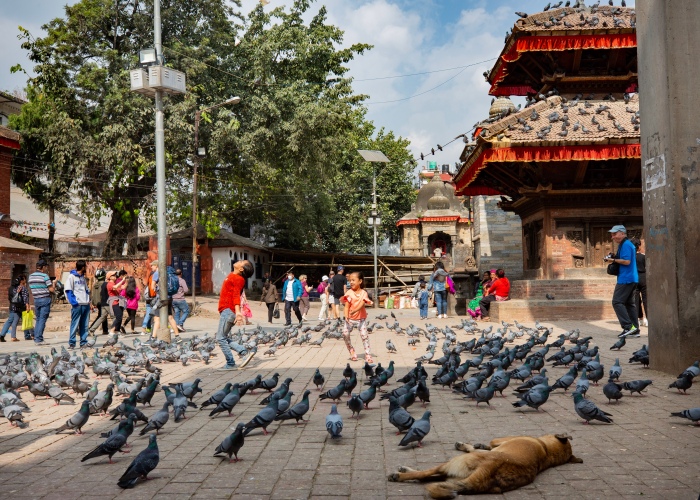 We rounded out our day of exploring with a stroll through the streets near Durbar Square and also some shopping in Thamel, the district of town where most adventure and mountain seeking tourists begin their journeys. If you’re looking to outfit yourself for a trek, haggle for a pashmina, or sing karaoke with backpackers from around the globe, then this is your spot! 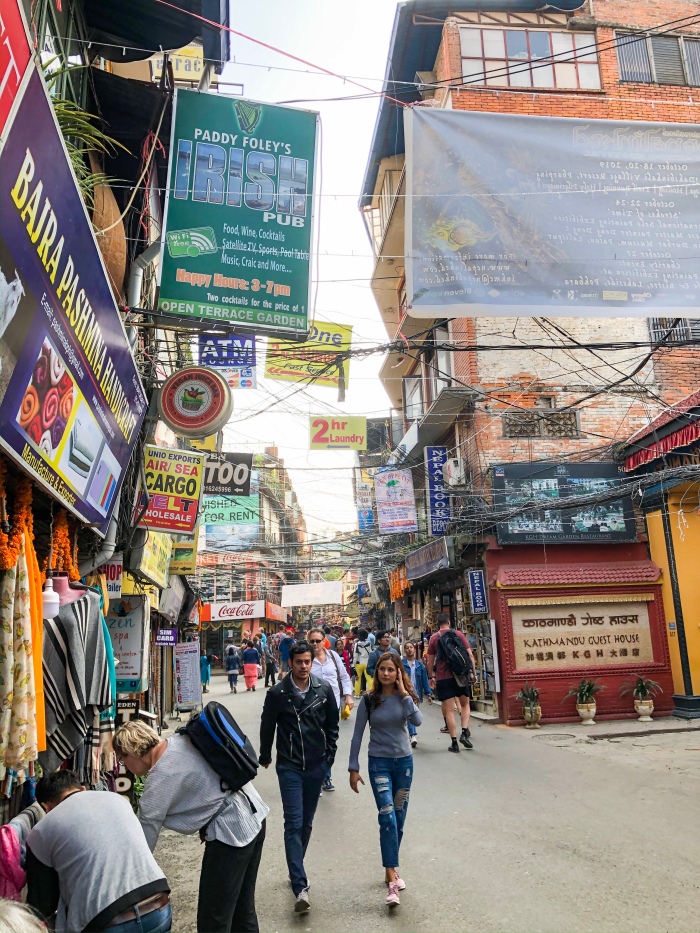 There was even a careening rickshaw ride and pizza at the universally reccomended Fire & Ice! Who knew you had to come all the way to Kathmandu to have some of the best pizza in the world. 🍕 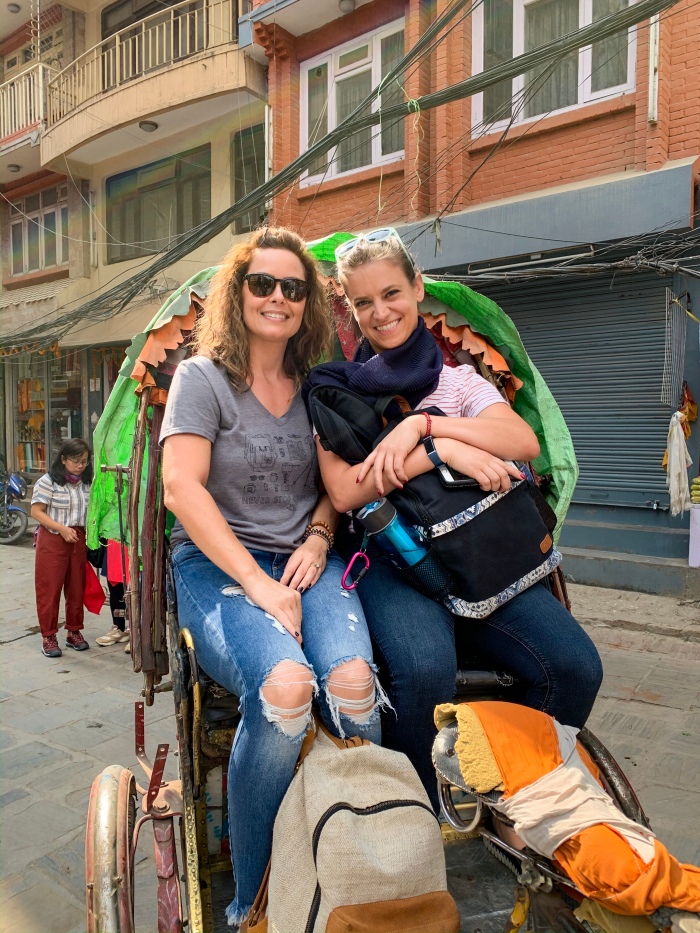 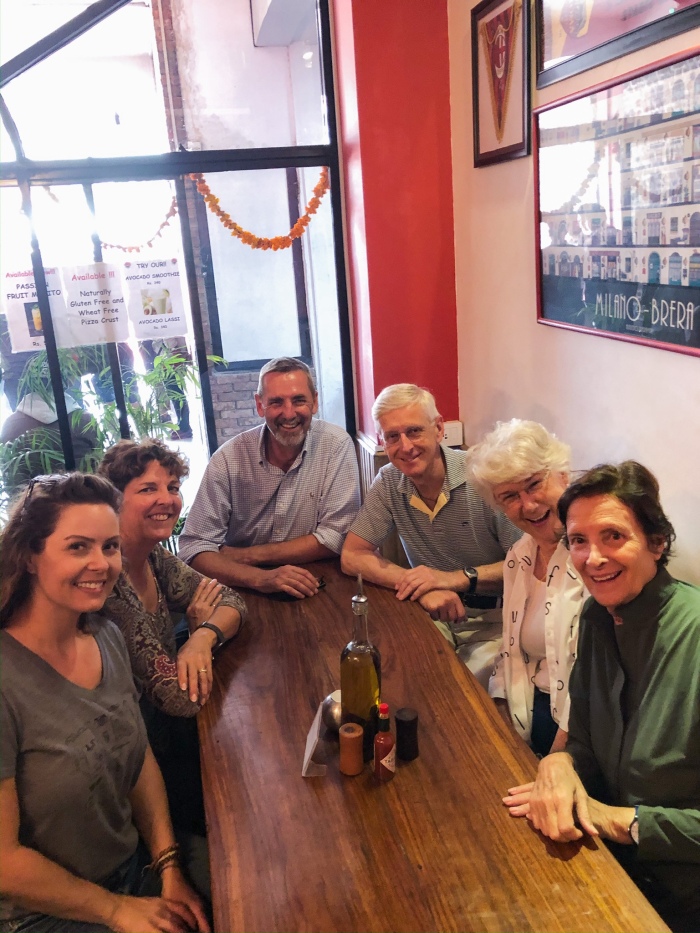 A full, and fulfilling day in Kathmandu. I can’t wait for what’s next!

One thought on “All Around Kathamandu”